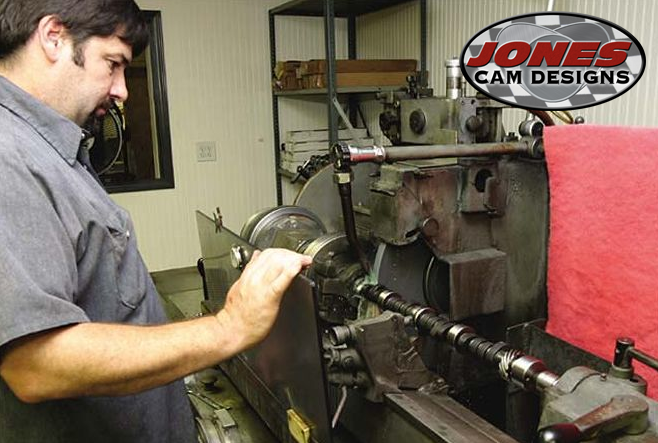 Cam designers have traditionally been a small lot of dedicated people who have found power sometimes through the applied use of mathematics, but just as often through the sheer redundancy of trial and error. Nowhere else in an engine do so many variables come into play as in the valvetrain, and controlling all those movements is, of course, the camshaft. Properly timing the interplay of events such as when to open and close the valves, ramp speeds, maximum lift, duration, and overlap is critical, but it is made more difficult because a change in any one of these events affects another in some way. That’s why custom-ground camshafts have almost always been the territory of big-money racing teams–until now, that is.
Mike Jones is a second- generation racing cam designer. For years, he operated Jones Racing Cams out of California, working mostly with Chevrolet’s Indy Car teams. Recently, however, he moved to the East Coast to team with noted head designer Don Losito of Ultra Pro Machining to form Ultra Pro Racing Cams. This new company plans to combine Jones’ experience with Ultra Pro’s CNC machining expertise to create custom cams for stock car racers that are affordable and tailored specifically to each racer’s needs.